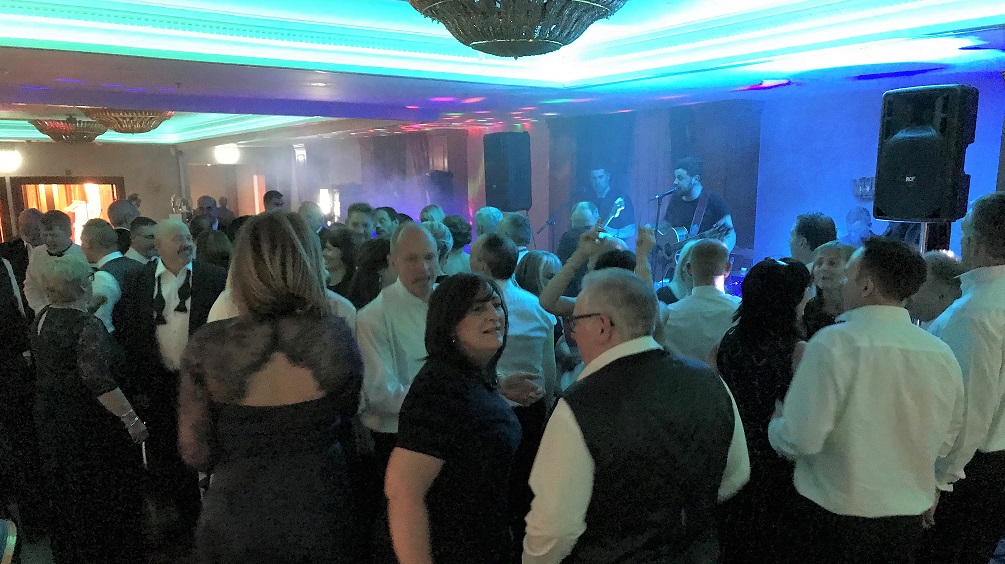 The NTDA  2018 Winter Rubber Ball held at the Grand Hotel Blackpool on 24th November, was a major success, with over 130 guests attending a fun packed evening of dining, dancing, a charity raffle & auction and general socialising.

The event, presided over by NTDA North West and North Wales Regional Chairman Todd Sale of the Parts Alliance and his wife Julie and Regional Secretary and Honorary Life Member Brian Funnell, attracted tyre distributors, wholesalers, manufacturers and aftermarkets suppliers, who alongside their invited guests, were treated to fantastic food and highly accomplished performances from local North West band ‘Captains of Industry’ who filled the dance floor throughout the evening with an array of popular hits. 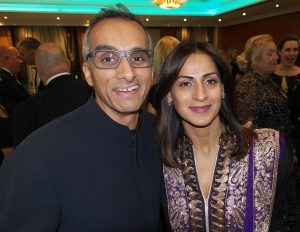 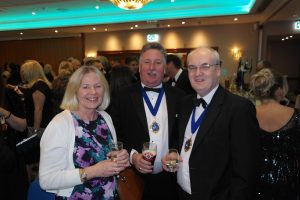 Members came from across the UK including a large contingent from Scotland and NTDA Northern Ireland Regional Chairman Dasos Michaelides and his wife Bernie came across the water to join the celebration.

The charity raffle and auction raised well over £4,000 pounds for the nominated charities Macmillan Cancer Trust, Wheelwrights’ charity 2020 appeal in support of WheelPower and Rosemere Cancer Foundation in Preston.

Commenting on the event Stefan Hay said: “We had a phenomenal evening, great networking, accompanied by lots of fun and so much money raised for good causes. The Winter Rubber Ball is developing in to another high-profile event for the Association and Todd Sale and I have agreed that in 2019 our target for attendance is 150 and with the interest that has already been expressed, I’m sure we can achieve it!”