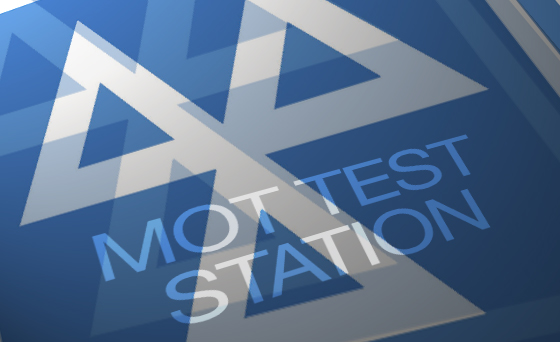 The NTDA Chief Executive Stefan Hay has blasted the Transport Secretary Grant Shapps’ alleged proposal to reduce the frequency of the MOT.

In a statement released earlier today, he said: “If this latest alleged ‘innovative thinking’ from Grant Shapps is, accurate, it is truly ill-advised, Groundhog Day nonsense. How many times do we have to revisit this same tired subject?

Time and time again Government Ministers, with no consideration for motorist safety, target the MOT frequency as a low hanging fruit ‘crowd pleaser’ in the absence of any genuine, innovative, strategic thinking on how to better improve the cost of living. With the maximum chargeable MOT fee for a car set at £54.85 and with most garages and fast-fit centres charging a lot less, the ‘saving’ is far less than the cost of fines for faulty lights or tyres, and the repairs that will accumulate due to the lack of servicing and maintenance resulting from the fact the vehicle is not being inspected on an annual basis by a DVLA qualified, professional MOT Tester.”

The subject of changing the MOT frequency has been a reoccurring theme with politicians for many years. It was thoroughly reviewed over an extended period between 2005 and 2008 when a proposal was on the table to move to a 4-2-2- testing regime and where a change to 4-1-1 was also considered.

The then Secretary of State for Transport, in consultation with Cabinet colleagues, the automotive aftercare market and many leading motoring organisations, concluded that any change to the current frequency would risk a totally unacceptable increase in road deaths and serious injuries as well as an unacceptable increase in cost to the economy. The NTDA fully endorsed those findings at the time.

Then in 2011, the Transport Secretary Philip Hammond, again proposed that the frequency be changed and once again the NTDA and many other automotive trade associations fought back and provided a considerable weight of evidence with regard to reasons for MOT failures and why moving away from the 3-1-1 system was flawed. Hammond’s proposal was subsequently overturned by his successor, Justine Greening, who in a written statement to Parliament said: “The Government will work with industry, motoring organisations and consumer groups to focus on the reliability and standards of garages. Our garages are crucial to ensuring that Britain’s roads continue to be among the safest in the world.”

Then in 2018, the NTDA, as one of the first trade associations to announce its opposition, in July 2015, to the then Chancellor George Osborne’s proposal to change the testing frequency of the first MOT from 3-1-1 to 4-1-1, welcomed, wholeheartedly, the announcement from Jesse Norman, then Parliamentary Under Secretary of State for Roads, Local Transport and Devolution, that after careful consideration, the Government had at that time, decided not to proceed with the proposed changes.

By means of a reminder; in his Ministerial Foreword, the then Under Secretary of State said: “After careful consideration, I have decided not to proceed with the changes proposed to the timing of the first MOT test. Great Britain has a comprehensive testing system for vehicles which makes an important contribution to road safety. The changes proposed had potential for both benefits and risks, and after due consideration I do not consider it right to take them forward at this time. This is in the light of the views expressed, the age of some of the evidence base and the potential wider issues associated with testing (such as its relationship with insurance and capability related to safety and environmental outcomes).”

Stefan Hay concluded: “The NTDA position is that it does not believe that anything has changed, significantly, since that 2018 analysis by the DfT, which was the most comprehensive on the subject ever undertaken and this has been echoed by many of our members. The safety of motorists must be the first and last consideration at all times. The Government must learn from history and listen to facts, logic and professional opinion and stop the knee-jerk, shoot from the hip, let’s float an idea on social media approach it seems to have adopted. Governing the United Kingdom via Twitter does not work, let’s get back to soundly researched, consultative, professionalism.”